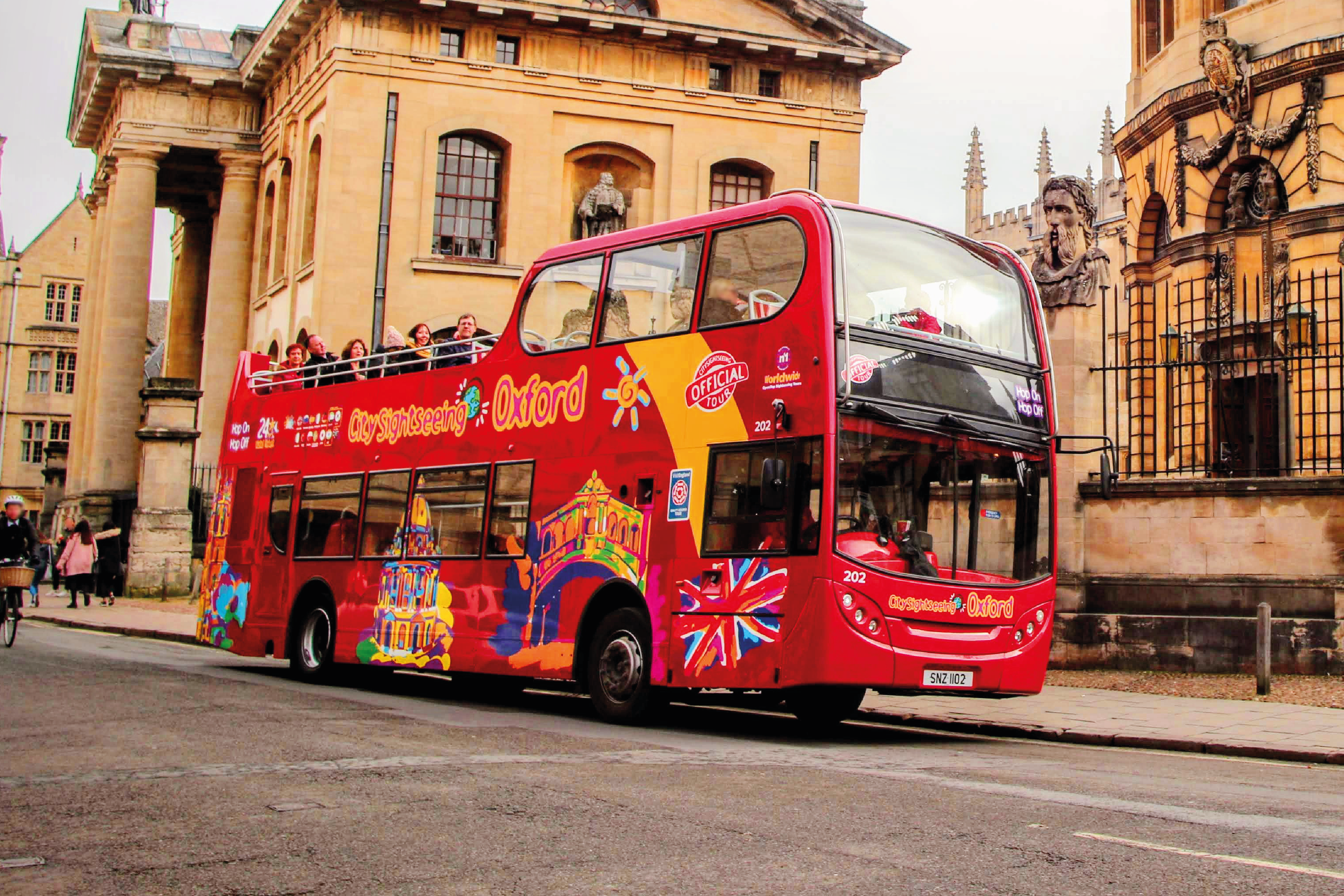 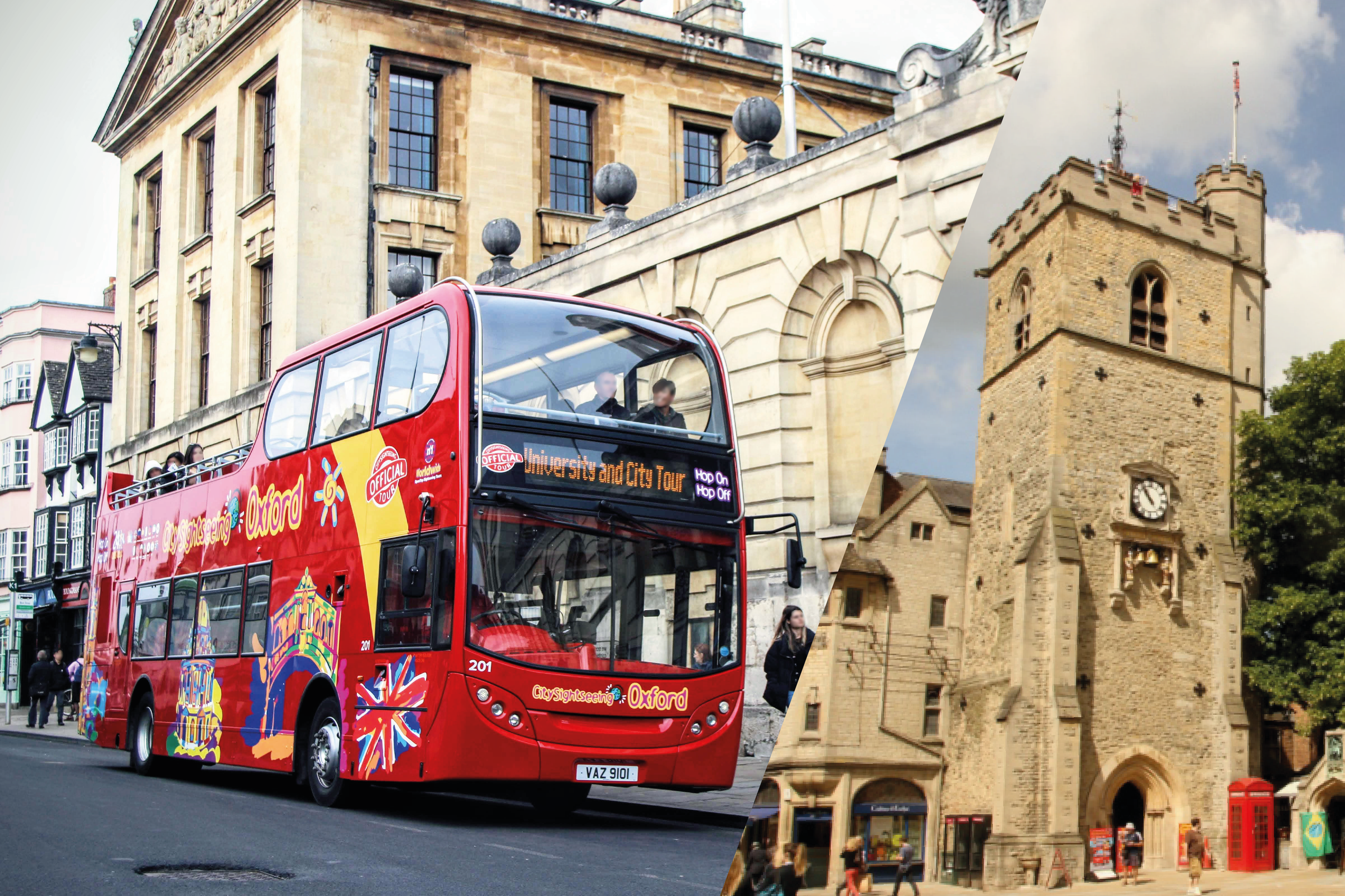 Explore the picturesque River Thames with the University Boathouses and rowing clubs by bike before riding to Oxford’s only Cathedral, Christ Church (also a college). Whilst exploring this area, you will also visit the historic Oxford Castle Quarter with its vibrant bars and restaurants before cycling through one of Oxford’s best shopping experiences, the Westgate centre, where you may like to indulge in some retail therapy!

Recommended duration: 1:30 to 2 hours (depending on stoppage times)
Distance: 2 miles

With a total length of 215 miles (346 km), the Thames is the longest river entirely in England and the second-longest in the United Kingdom. It rises at Thames Head in Gloucestershire and flows into the North Sea via the Thames Estuary. On its way, it passes through a number of cities, towns, villages and hamlets including London, Oxford, Reading, Henley-on-Thames and Windsor. The Thames through Oxford is sometimes given the name the River Isis. Historically, and especially in Victorian times, gazetteers and cartographers insisted that the entire river was correctly named the River Isis from its source down to Dorchester-on-Thames, and that only from this point, where the river meets the River Thame and becomes the “Thame-isis” (supposedly subsequently abbreviated to Thames) should it be so called. Ordnance Survey maps still label the Thames as “River Thames or Isis” down to Dorchester. However, since the early 20th century this distinction has been lost in common usage even in Oxford, and some historians suggest the name Isis is nothing more than a truncation of Tamesis, the Latin name for the Thames.

Folly Bridge was first erected in 1825 and historically stands at the site of the ford over which Oxen could be driven across the Isis. Prior to Folly Bridge being erected, other wooden bridges existed with records dating back to the time of Ethelred of Wessex (865 – 871). Underneath the present bridge, you can still see remains of the wooden Saxon structure.

Christ Church is one of the largest and wealthiest colleges in Oxford. It was first founded by King Henry VIII in 1526 and as well as being a college is also a joint foundation of the cathedral (Oxford’s only cathedral – making it a small city).
It has numerous architecturally significant buildings (including designs by Sir Christopher Wren).
Notable people to of studied at Christ Church include King Edward VII, King William II (of the Netherlands), seventeen Archbishops, W.H. Auden, John Locke, Robert Hooke, Lewis Carroll and out of the 28 prime ministers educated at Oxford Christ Church produced 13 of them.
In more recent times, Christ Church college also provided the location for many of the Harry Potter film scenes, most notably the staircase. Which is not so recent times was also the seat of parliament assembled by King Charles I during the English civil war (1642 – 1651).

Pembroke College was founded by King James I in 1624.
It has many fine Quad buildings built between the 1600s right up to 2013.
Like many of Oxford’s colleges, Pembroke was previously a men’s only college first admitting all genders in 1979.
Notable people to of studied at Pembroke include Samuel Johnson, J.R.R. Tolkien, Sir William Blackstone, Lord Ricketts, Sir Roger Bannister, Lord Michael Heseltine, George Whitfield, Abdullah II (king of Joran) and Viktor Orban (prime minister of Hungary).

The Oxford Castle Quarter has a balanced blend of history and modern places to visit for good food and drink.
Oxford Castle was built by William the Conquer. After his successful invasion of England, he instructed Norman baron Robert D’Oyly to build the castle (who also went on to become the foremost landowner within the county).
It was built strategically near a stream that is part of the River Thames and was one of the first motte-and-bailey castles built after the Norman invasion.
When it was first constructed, the initial build of Oxford Castle was simply an earth mound – which is still standing today at around 20 metres tall – and would have been surmounted by a wooden palisade. Within a few years of its creation, Robert D’Oyly built the first stone fortifications for Oxford Castle, including a stone keep that stood proudly on the top of the mound.
The castle has seen a few sieges, with the most notable during the height of the English Civil War.
By 1230 the castle was deemed unfit for military use and like many other castles around that time converted into a prison.
Oxford Prison gained a reputation as being particularly brutal and they say is still haunted by highwayman Isaac Darkin (1740 – 1761) and alleged Infanticide committer Anne Green (1628 – 1659)
By the Victorian era (1800s) Oxford prison was again deemed unfit and inhabitable and extensive work for undertaken to remodel the prison and convert parts into the County Hall.
The site served as a prison right up until 1996 when it was reverted to Oxfordshire County Council.
Today you can stay in the hotel, which offers a unique experience having retained a lot of the HM Oxford prison layout and cells but without the bunks and guards!

A major shopping centre in Oxford housing numerous stores. It was originally built in the 1970s but redeveloped and reopened in its current form in 2017.
It boasts a number of the latest fashion outlets as well as fine dining experiences and bars on the upper floors, offering good views across the city.