The Attractions Around Oxford 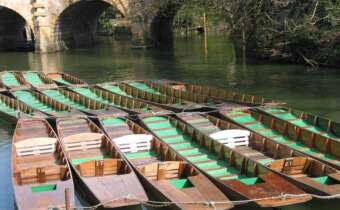 The recorded presence of a bridge at this spot over the River Cherwell goes back as far as 1004 – probably a wooden trestle construction or a drawbridge originally. The first stone bridge was in place by the 16th century and was 1,500 feet (460 m) long with 20 arches. By 1790, this bridge was itself replaced after a general lack of maintainance and frequent flooding resulted in it becoming unsound and, ultimately, irreparable.

Although since widened, this “new” bridge, designed by John Gwynn of Shrewbury and built by John Randall, is the one we see today.